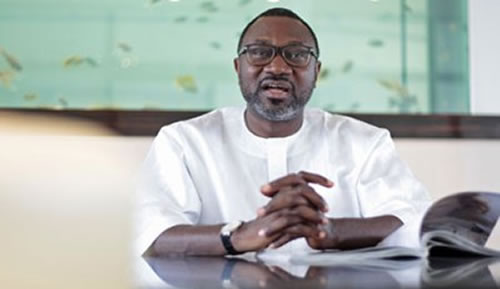 The secretary to the then House of Representatives Ad-hoc Committee on Fuel Subsidy, ‎Mr. Boniface Emenalo, ‎said on Tuesday, that he collected $100,000 from billionaire businessman, Mr. Femi Otedola, in order to expose the oil magnate’s attempt to bribe the committee and its chairman, Mr. Farouk Lawan.
Emenalo was testifying before Justice Angela Otakula of the Federal Capital Territory High Court in Lugbe, Abuja, as the first prosecution witness in Lawan’s ongoing trial for recieving bribe from Otedola in the discharge of the ad hoc committee’s duties in 2012.
The Independent Corrupt Practices and other related offences Commission is prosecuting Lawan for allegedly “corruptly” collecting $500,000 out of the $3m bribe he requested from Otedola.
Lawan was accused of accepting the bribe in  exchange for the removal of Otedola’s company’s name, Zenon Petroleum and Gas Ltd from the list of firms indicted by the House committee for allegedly  abusing the fuel subsidy regime in 2012.
‎Emenalo was formerly Lawan’s co-accused before  the prosecution amended the charges and turned him into a prosecution witness.
He had earlier testified on March 7, 2016, narrating how he collected the $100,000 from Otedola in $100 bills.
On Tuesday, under cross-examination by Lawan’s lawyer, Chief Mike Ozekhome (SAN), supported by Mr. Olalekan Ojo and others, the witness denied some of the allegations leveled against Lawan by the prosecution, for which he was testifying.
Fielding questions from Ozekhome, the witness said he collected the $100,000 from Otedola as exhibit to prove the businessman’s move ‎to bribe members of the committee.
‎He  said on Otedela’s invitations, he met with the businesman on Sunday, April 22, 2012 ‎and on Tuesday April 24, 2012‎ at his home in Aso Drive, Maitama, Abuja.
‎According to him, during his first meeting with Otedola, they had discussions on issues including  “the work of the committee and areas he (Otedola) could make suggestions”.
He denied recieving ‎$20,000 bribe from Otedola during their first meeting.
But he confirmed that it was during the second meeting that Otedola gave gave him the $100,000 which he said he handed over to Lawan as exhibit.
Justice Angela Otakula then adjourned till Wednesday for the prosecution to call its second witness.