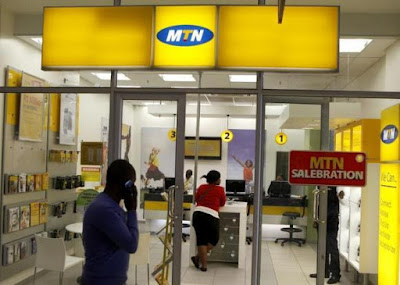 THE initial headlines announcing the acquisition of the last operational CDMA standing, Visafone by telecoms giant MTN naturally focused on MTN’s claim that they are committed to improving the quality of voice and data services as well as deepening the growth and rollout of broadband services across the country. However, the impact of this deal on the jobs of about 2,000 Visafone employees has been muted amidst the rave of the acquisition and the different projections for providing broadband services.

Over 2,000 employees were reported to have lost their jobs following the conclusion of the deal whilst a few others had been gradually phased out before the deal was sealed. There was a quick recall of some of the sacked staff. Sadly, the fate of employees after acquisitions is hardly considered during the negotiations phase, and popular transactions rarely gets prominence in the news.

The reason for this is simple: the organisations involved are interested in physical assets with scant regard for human assets and therefore do not want to inherit liabilities from the company they are acquiring. It was reported that Visafone’s new owner was reluctant to assume all of Visafone’s liabilities. It is most unfortunate that often times employees are considered liabilities and as such are treated as dead weight to be shed once the transaction is completed; despite the long years they had put into the job.

The media has kept its focus on the positive side of the transaction. MTN, on its part, has severally reiterated its commitment to the Nigerian economy, including investing $15 billion into the Nigerian economy and paying huge amounts in taxes. The Nigerian telecom industry is known to be the fastest growing in Africa, as such is an attraction to investors. The company having its Group operations in South Africa has equally recorded huge sums from Nigerian economy as it recently noted that the N780 billion fine represented 95% of its annual turnover. MTN, as reported in the media, recently tried to avoid paying the fine imposed for the violation it allegedly committed.

The relevant government agencies need to review actions of organisations in a holistic manner to ensure that those of them doing business in Nigeria do so on a mutually beneficial basis and not one sided.

Nigeria has continued to be supportive of MTN’s business. The NCC, in the last quarter of 2015, renewed its operating licence in the midst of a fine, which was imposed due to alleged consistent violations of the regulators directives, and the recent access to more spectrums granted through the acquisition of Visafone.

Whilst Nigeria must continue to support the growth of trade and investment to boost the economy, it must do so without compromising the greater national and economic interest. MTN currently holds 62% of the telecom subscriber base in Nigeria and take up more than 75% of the profits accruing to the telecom industry. With the acquisition of Visafone’s 800MHz spectrum, MTN can now offer voice and data services using the 4G LTE technology, which is a more superior technology to GSM and CDMA. With this, MTN has an edge over all other operators – Intercellular, Smile and Swift Networks – on the 800MHz spectrum due to its size and financial strength. This however poses a threat to the other operators. It is unclear if the NCC, in approving the acquisition, considered the wider implications by imposing obligations to ensure a proper balance and level playing field in the data services market.