MEDIA CONVERGENCE AND JOURNALISM IN NIGERIA 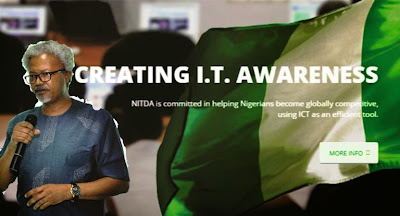 Journalism tomorrow will be centered on mobility and a 360-degree approach to news. All media will be one. This is the essence of media convergence.

Over the course of the past decade, the digitization and socialization of the news production, transmission and circulation process has posed a major challenge to the journalism profession and have brought about radical changes for media businesses, journalists, and citizens at large.

With Social Media and online journalism growing increasingly pervasive and prominent due to its ability to dramatically raise faster awareness about an event, a divide now exists between the awareness of the event and its report by a journalist. This unprecedented growth has provided a multiple platform for story-telling and for distributing journalistic content.

While the journalists of today operate in an ever faster-paced industry, and netiizens have access to a cornucopia of sources of news and information, the journalist of the future now need a new media skillset and a new media mindset to become digitally savvy with the ability to THINK digitally in order to be relevant.

It was in the light of this development that the National Information Technology Development Agency (NITDA), further revealed the agency’s commitment to enhance the capacity of reporters for a more comprehensive reportage of the information technology sector, when they engaged the services of Mena Communications Limited to train the Nigerian Journalist in a 3 day media workshop with the theme ‘challenges of reporting information communication technology in a digital age 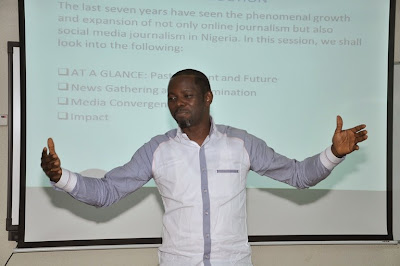 One big trend of the journalism of tomorrow is centered on the end of labeling different types of media and separating them. The journalist of tomorrow can no longer afford to write only for the newspaper as the audience now consumes a variety of media – sometimes at the same time. The journalist should be able to communicate the story in various media forms to the audience. Journalism tomorrow will be centered on mobility and a 360-degree approach to news. All media will be one. This is the essence of media convergence.

The newsroom of the future is one that truly embodies the nature of the news being produced: it is open, discoursive and fully integrated. Media convergence will be seen in the newsroom: TV studios, printing press, radio/podcast booths, computers, tablets & post-production graphics & videos will combine into one newsroom. The newsroom will produce the same message in different forms for different audiences that consume news at different times.

By 2021-2031, the paper will transform into a rollable e-Sheet like a rubber placemat, full-colour & charged by sunlight & ambient light. It will only need low power & can be connected to wireless connection ports. It will be virtually indestructible and can be washed or dropped without destroying the paper. This will be the “paper” we will use daily for all sorts of things, including reading the newspaper from.