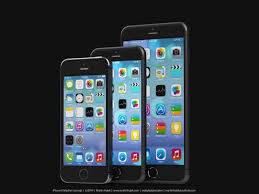 Apple's website collapsed under increased traffic early Friday morning after eager customers waited until midnight to order the iPhone 6 and iPhone 6 Plus.

Users logging onto the online Apple Store at midnight — when the new iPhones were scheduled to go on sale — reported slow load times and a long delay in the devices becoming available to purchase.

Some service appears to have been restored after about 30 minutes. But later Friday morning, the store was down for some users. Its availability appeared to be intermittent.

Some customers reported that the iPhone was available on carrier websites and the Apple Store app but not the desktop site. There were reports that the iPhone 6 had sold out through some carriers, though when we checked on Apple.com, the iPhone 6 was available. The iPhone 6 Plus is not shipping for seven to 10 business days, or longer depending on the model you want.

The delays in the iPhone 6 becoming available in the online store frustrated many customers, as they had waited until the early hours of the morning to order the new phone.

The non-functional online store is the third glitch in a row to plague the launch of iPhone 6. At the launch event, the livestream failed for 25 minutes, leaving viewers staring at a fuzzy test-card and listening to commentary in Chinese. Then Apple delayed the iPhone 6 launch in China after failing to get regulatory approval on time (or, as conspiracy theorists would have it, the company wanted to punish its wireless carrier partners for leaking pictures of the new phones on their websites prior to the launch).

Of course, one might equally argue that the crashing web site illustrates the huge demand for the new phones — and is thus a good sign for Apple (and yet another piece of good publicity for Apple).
By James Cook