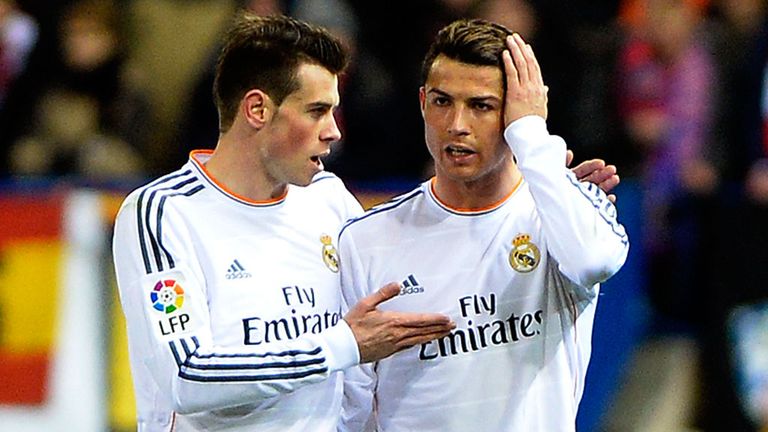 Real Madrid duo Cristiano Ronaldo and Gareth Bale will be fit to face Atletico Madrid in Saturday's Champions League final in Lisbon.
Despite former Tottenham winger Bale sitting out a morning training session, coach Carlo Ancelotti confirmed the duo's availability at a morning press briefing.
But the Italian is uncertain over the fitness of striker Karim Benzema after he picked up an abductor injury against Espanyol last weekend.
Midfielder Sami Khedira is likely to take part in the Stadium of Light showpiece.
Ronaldo was limited to working on an individual training regime with a physio after he pulled out during the warm-up of last Saturday's game as a precaution due to recent thigh problems.
"Bale has helped us a lot this season. He is in an excellent physical shape. Khedira is fit and ready to play," said Ancelotti.
And Bale confirmed he was 100% fit and the fact he sat out the morning session 'was no cause for concern'.
Speaking to Sky Sports News he said: "It's normal in the week that one or two players miss training now and again just for a bit of rest and recovery. So I'm ready to go.
"We are all very excited for the final. It's a massive game and we obviously want to win it and I can't wait for it to come round now.
source : skysport