Made-in-Nigeria vehicles to roll out next month – FG 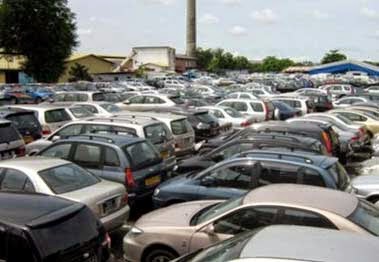 Minister of State for Industry, Trade and Investment, Dr. Samuel Ortom has revealed the Federal Government's plans to roll out made-in-Nigeria vehicles into the market next month, June 2014. The Minister made this known when he received a delegation from Automobile Peugeot, France in his office in Abuja, Punch reports.


The minister, while addressing the delegation which included the company's Vice President, Mr. Yves Moulin, said the newly introduced auto policy is quite effective and is attracting automobile brands to establish assembly plants in Nigeria. Continue...

"The automotive policy is derived from the National Industrial Revolution Plan, and we are happy with the response we have been getting from the automotive industry worldwide; and with your coming, it shows that this policy is working. When the policy was introduced, people criticised it and most of them do not understand the benefit of the policy. We have had several stakeholders from the automotive industry approaching us to set up assembly plants and spare parts plants in the country. I want to assure up you on behalf of the government that we will do everything to make sure the policy succeeds.” the minister said

Meanwhile the first set of Peugeot cars assembled here in Nigeria would be reeled out next month, says Managing Director, Peugeot Automobile Nigeria Limited, Mr Ibrahim Boyi. He said this was made possible due to the Auto policy placed by the government.
by linda ikeji