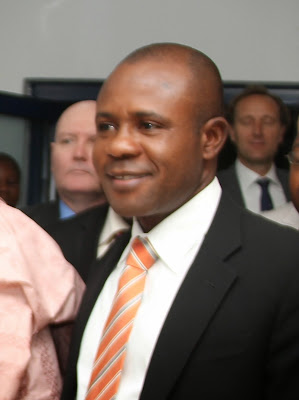 Counsel for the Federal Government of Nigeria in the suit against Governor Chimaroke Nnamani and others, Mr K.C. Uzozie has removed the name of Mr Peter Mbah and two others from suit number FHC/L /09C/207 admitting that the names were added in error and should not have been there in the first instance.


“Upon this Amended charge dated 11th day of December, 2007 coming before the court”, the court declared that “after hearing K.C. Uzozie Esquire for the complainant informing the court that they have an application pursuant to section 163 of the Criminal Procedure Act to Amend the charge and as per the amended charge Peter Mbah and two others be discharged” as they were not complicit in any of the alleged crime in the first place.
Peter Mbah, a foremost international Maritime Lawyer, educationist, and forthright public administrator was invited by the authorities by virtue of his position as the Commissioner for Finance in Enugu State during the Administration of Governor Chimaroke Nnamani from December 2004 to May 2007.
When it became clear that he was not linked in any way to any of the alleged crime, his name was promptly withdrawn from the charge. Thus, Peter Mbah was never tried by any court of law for the alleged crime or for any other.
In a “Newswatch” Special Publication dated July 3rd, 2006, Peter Mbah was described as “a man ahead of his time”. Mbah was attested to have run the Ministry of Finance professionally so well. “A details man, Mbah has ensured that laid down procedures are not violated”. “He also ensures that money meant for projects and other ministries or parastatals are not delayed”
Mbah saw to it that targets were set. He initiated the development of a fiscal strategy document which became the operating document for the State’s development programmes.

Mbah would be remembered as the Commissioner who ensured that money was released for what they were budgeted for. He also ensured that projects were executed. During his tenure the ghost workers syndrome was eliminated from the system.