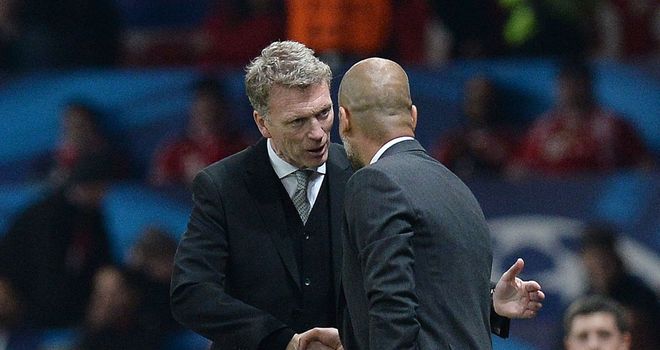 Given United had been all-but written off ahead of the Old Trafford tie following a tumultuous first season under Moyes, the outgoing Premier League champions have given themselves a chance of reaching the semi-finals ahead of the return meeting.

Bayern remain strong favourites to take up a spot in the last four, but will be without last week's goalscorer Schweinsteiger through suspension, while Javi Martinez is also banned.

United head to Munich on the back of a thumping 4-0 win at Newcastle which cemented their away record as the best in the Premier League.
Five clean sheets have also been secured in their last six away games, with the only blip being the 2-0 loss to Olympiakos in the last 16 of the Champions League.