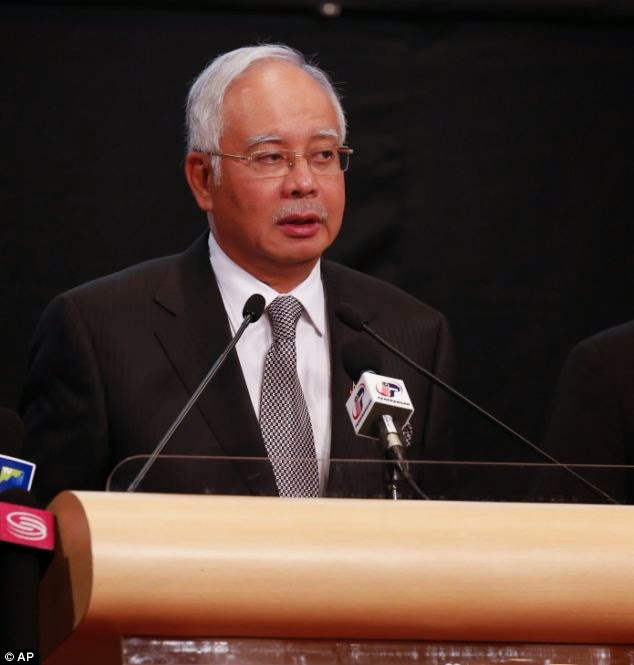 Malaysian Prime Minister during a press conference about an hour ago said they believe they have located the plane the whole world has been searching for in the last 16 days. Malaysia Airlines Flight 370 ended deep in the southern Indian Ocean, west of Australia, Prime Minister Najib Razak said today, citing a new analysis of satellite data by a British satellite company and accident investigators.

The Prime Minister said all lives were lost and relatives of passengers and crew have been informed of the 'heartbreaking' news. Some families of the passengers on the missing plane are now due to be booked on to flights to take them to Australia, where the plane is believed to have ended up.

How did a plane going from Malaysia to China end up in the Southern Indian Ocean?
by linda ikeji