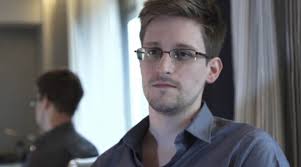 Edward Snowden the NSA whistleblower, is to remain in limbo at Moscow’s Sheremetyevo airport a while longer after the Russian Federal Migration Service failed to process his documents on time, suggesting that Mr Snowden’s entry to Russia may be more difficult than expected.

Mr Snowden’s Russian lawyer Anatoly Kucherena said the whistleblower’s entry into Russia was delayed only because of the complexity of Mr Snowden’s asylum request. “He has not been refused [entry],” Mr Kucherena said.
“The current situation is not standard for Russia. We have come to the conclusion that we’ll wait a while longer. We hope that the issue will be decided in the coming days,” he said.
According to its website, the migration office takes up to one week to decide whether it will allow a foreign asylum-seeker to enter Russian territory. After that, the service takes up to three months to decide whether it will actually grant the individual asylum.

Earlier on Wednesday, Russia state news agencies reported that Mr Snowden had received the necessary migration documents, checked out of his transit zone hotel and was passing through passport control, fuelling conspiracy theories that Mr Kucherena’s comments were a ruse to help Mr Snowden escape the media scrum scouting his exit.
Mr Kucherena as well as Russian government and airport officials maintain that Mr Snowden has spent the past 31 days inside the Sheremetyevo transit zone, despite the fact that neither dozens of journalists patrolling the area nor transit zone employees reported seeing him.
The Kremlin has long maintained that it has provided no support to Mr Snowden since his arrival in Moscow. However, Mr Snowden’s very decision to seek representation from Mr Kucherena – a Kremlin-friendly member of Russia’s Public Chamber – suggests the Kremlin may be more involved than it lets on.

By Courtney Weaver in Moscow