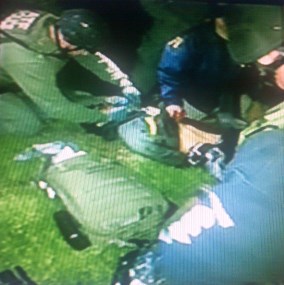 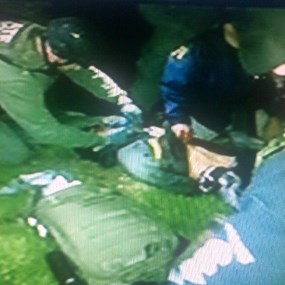 The 19 year old terror suspect was cornered on a small boat in the back of a house and captured alive Friday night. Dzhorkhar was found by a man who discovered blood trails to a boat at the backyard of a home in a Watertown neighborhood. The man looked inside the boat, noticed movement, and called the police.

An hour later, a seriously injured Dzhorkhar, who escaped an overnight shootout with police that left his older brother Tamerlan Tsarnaev dead, was captured and taken to the hospital, bringing an end to one of the the biggest manhunts in recent US history. Five days after the bombing, one suspect killed, another captured. Just five days! Nigeria needs to learn a thing or two from this.
source: linda ikeji