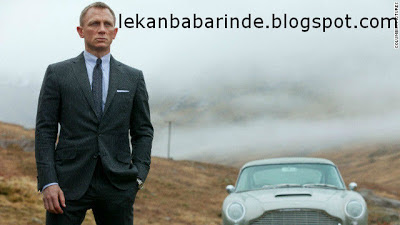 “Skyfall” doesn’t open in the States until the weekend after next, but moviegoers overseas have already kicked-off the Daniel Craig-starrer’s box office success.
The 23rd James Bond film in the series grossed $77.7 million from 25 markets over the weekend,
The flick earned $32.4 in the United Kingdom setting a new Saturday attendance record. (“Skyfall” marks the United Kingdom’s second biggest opening weekend, behind Harry Potter and the Deathly Hallows: Part 2.”)
The film also earned $9.1 million in France and $8.6 million in Russia.
“This picture has such an incredible DNA and to be so loved by critics and audiences alike will push it be one of the biggest, if not biggest, Bond pics,” Sony worldwide president of distribution Rory Bruer said
“Quantum of Solace” earned $575 million at the worldwide box office in 2008, while 2006’s “Casino Royale” earned $594 million.
“Skyfall,” Craig’s third turn as Bond, opens domestically on November 9.
by cnn