Obama Got The Convention Bounce, As Well As Bad Economic Numbers 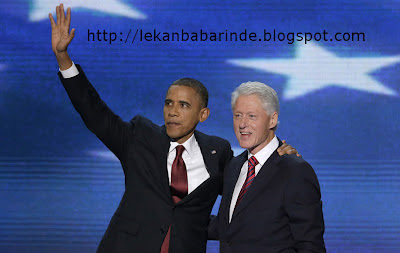 The Democrats were no sooner out of Charlotte when the bad economic news came.
A more disappointing job report than had been forecast. Economic numbers weaker than expected. Just 96,000 jobs were created in August, far fewer than what economists were anticipating. And even a lower unemployment rate — down to 8.1 percent from 8.3 — was explained as that more people had simply stopped looking for work. The hope of four years ago is quickly becoming a fading memory, especially for those whose lives have not seen the change Barack Obama once promised.
Reality often can get in the way of a celebration, and that may be how we define the convention bounce of 2012. All the emotion and enthusiasm and memorable speeches of Charlotte have indeed resulted in a "bounce" for the president and his party. But how long does it last? Maybe a little trip down memory lane is in order.
by Ken Rudin