This week on Big Brother 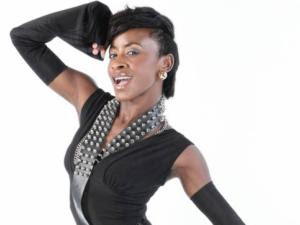 You have got to hand it to Prezzo for being a snake in the grass. First he put his woman, Goldie, up for eviction, but then when they both survived, he went back to her like nothing happened.
The poor girl thinks he is deeply in love with her. You can’t blame her, because when Alex told her that she looked better without the ridiculous eyelashes, she ran off to tell Prezzo, who was quick to bite Alex’s head off. He even went on to bar Alex from speaking to her again.
When it came out that Keagan was talking about Prezzo behind his back, the Kenyan rapper again called him out in front of the other housemates. Unlike before, when Keagan was all high and mighty, this time when Prezzo spoke, the man listened with his tail between his legs.


Goldie, Kyle, Lady May and Prezzo are up for eviction this week. People are probably getting really worried about Goldie’s ever-changing emotions. She is the personification of the phrase “cry me a river”. She cries if she is nominated and when she is not. She needs to go.
Kyle is a great guy, but perhaps he is a bit lacking when it comes to star power.
Lady May and her ego need to be on the next plane off the show. She was funny at first in her silliness but it’s now getting ridiculous.
I don’t like Prezzo much but he is a master of deception and so we will have to hold on to him for a few more weeks. He is the ultimate deceiver and he probably wants to win it more than anyone else. For that he needs to stay on and give us precious memories on the show.


Let’s give it up to Big Brother for lifting the alcohol ban on Wati. The man is trying. He confessed that although the alcohol was supplied on a Wednesday, he never touched a drop of it until Saturday. For someone with a drinking problem, that was an achievement and kudos to Biggie for considering that.
Lady May’s stunt at gym was just childish. The diva – who works out in heels – walked away from the morning exercise session after concluding that it was not a real workout but instead just dance. “Silly” doesn’t begin to describe it.


WORDS FROM THE DEPARTED


Love birds Malonza and Junia were evicted in what could have been some kind of fairytale ending. Except that while she is obviously into him, he is just playing it safe.
“Look, I am not sure what is going to happen now, but if it does happen that we stay having these feelings then we probably will develop it into something,” he said.
As if they had rehearsed it, Junia echoed his sentiments. But since she was on to every guy that was remotely attracted to her, you have to wonder if she cares about what the world will think.
“I worried a lot about my mom but when she said she was happy to hear that I was coming home and that she was proud of me, I was relieved. My mother is the only person whose opinion I really value,” she said.


Let’s not even waste time on this one. Kyle is going home. Place your bets.
By Munyaradzi Vomo